In March, Luxembourg is filled with chirping goldcrests[Luxembourg’s national bird] and is flurry of spring’s festivity. In this beautiful season, I am very honoured to be able to celebrate the establishment of China Merchants Bank’s Luxembourg Branch with all of you. Here, on behalf of China Merchants Bank, I wish to express my heartfelt thanks to His Excellency Minister Mr. Pierre Gramegna, His Excellency Ambassador Mr. Zeng Xianqi, our guests, peers and friends as well as the regulatory authorities of both countries which have offered us their support during the preparation of Luxembourg Branch!

China Merchants Bank is a young and energetic bank based in the coastal zone of South China Sea. Since we were established 28 years ago, with the reform and opening up of China and the “fast train” to economic development in the past 30 years, China Merchants Bank has quickly become the sixth largest commercial bank, the largest non-State-owned commercial bank and the best wealth management and private bank in China on its service-oriented principle and innovation. As at the end of 2014, China Merchants Bank had total assets of RMB4,700 billion, occupying a position among the world’s top 36 banks. Our service, innovation and sound core values have created a distinctive mind and personality in the Chinese banking industry.

Luxembourg is a “small but beautiful” nation of noble spirit. Luxembourg has a fine tradition of investor protection and, relying on a prospective series of legislation, has developed into an international finance center with expertise in product development and finance in a short time. Today, Luxembourg is the world’s second largest and Europe’s largest investment fund center, Europe’s largest center of captive insurance as well as the largest private banking center and bond issuing and trading center in the Euro zone. Amidst the global financial crisis and the European debt crisis, Luxembourg has always been able to maintain a sustained economic growth, stable prices and a relatively low unemployment rate and its outstanding performance is credited with maintaining stability in the European Union. Being “birds of a feather” and its prominent advantages are the main reasons why we have chosen Luxembourg. In addition, establishing Luxembourg Branch has firmly grasped hold of two major opportunities: one is the increasingly frequent trade between China and Luxembourg against a backdrop that Luxembourg has been the country receiving the largest direct investment from China in the Euro zone for more than ten consecutive years; second is that Luxembourg is likely to become one of the major offshore renminbi centers in the Euro zone as offshore renminbi centers develop. These achievements have fully demonstrated the unique regional advantages of Luxembourg and its attractiveness is expected to grow further with the injection of the “China concept”.

The establishment of Luxembourg Branch is an important initiative of China Merchants Banks on the strategy of internationalization. We have positioned this branch as our “bridgehead” as well as operation and management headquarters in Europe. Going forward, the branch will draw support from Luxembourg’s positive business environment and, “we want to remain what we are” [ Luxembourg’s national motto], adhering to the business philosophy of “we change for you” centering on interconnection and intercommunication between China and Luxembourg in terms of goods, services, funds and assets, providing customers in both countries with cross-border clearing and settlement, cross-border financing, investment and financing as well as M&A financial services. At the same time, it will bring into play cross-border financial and transaction banking features as well as private banking advantages of China Merchants Bank with focus on worldwide corporate and personal assets management and allocation to meet the demand for cross-border capital preservation and appreciation from businesses and individuals with offshore platforms as the pivot point, hence opening a specialized, featured and differentiated path for our oversea branches and making positive contribution to the economic development of China and Luxembourg.

Last but not least, I wish every one of you here good health and success! Thank you! 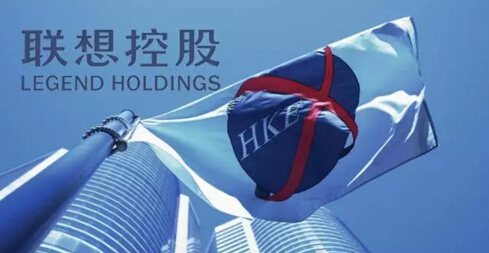